OCD UK
A charity run by people who have lived experience of the condition. One of the largest and best sources of
information on OCD online. It has a free downloadable informative booklet that is helpful to those
who experience OCD and those wanting to support them, available here
Download PDF OCD UK information booklet
OCD UK Website

Intrusive Thoughts. Org (and more)
A USA based site that explores OCD with quality information including Intrusive
Thoughts and Body Dysmorphic Disorder related content. The site is rich in information and video
and has a “community” ethos. One of the better sites in terms of information, the site itself and the
breadth and depth of meaningful content.
Intrusivethoughts.org Website

Mind
A UK based charity, MIND has a wealth of information on their website. The site offers an overview of many key topics with
links to more detailed information and specialist support and websites. The Guides on MIND’S
website can be downloaded as PDF’s for printing or sharing with others. 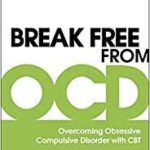 Overcoming Obsessive Thoughts: How to Gain Control of Your OCD
By Christine Purdon, Published by New Harbringer Publications.
The book has a focus on helping the reader understand the true nature of distressing
thoughts and disconnect from the distress and power the thoughts sometimes have.
Useful exercises and self-care strategies. A useful and meaningful book.
ISBN-139781572243811 Publication date1 Jan 2005 Pages160.

if you are looking for counselling or therapy in relation to struggling with OCD please do make contact.

What are people bringing to counselling? Anxiety tops the list

People come to counselling for all sorts of reasons, from help with a mental health issue to wanting time and space to explore life options. Below is a list of the most searched terms that people use when looking for counselling and therapy help, the ones I have included are all related to the work that I do.

What is of note is the number of diagnostic labels and terms that people use in their searches, this might reflect an increased awareness of mental health conditions or that more people are searching for help from the private sector for these challenges.  Anxiety consistently comes up in the therapy room and in the list of what people search, addiction appears to be on the rise in searches as does personality disorders.  Many people come to therapy without words or a label for what is wrong and that can be part of the therapy process, to help the person discover what is wrong and understand it, it is then that changes can happen.

Anxiety continues to be the most searched term on  Counselling Directories. 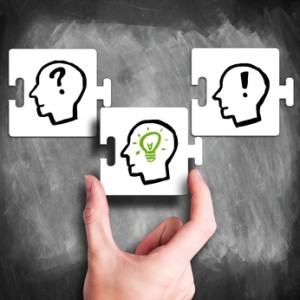 Conditions of Worth, Incongruence and the Aging Rock Star 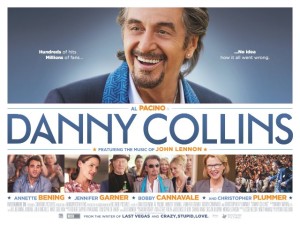 I went to see a film last night and I was so struck by how, for me, it really illustrated Carl Rogers theory that informs much of my work. The film Danny Collins charts Danny’s sometimes painful journey from incongruence to congruence (terms used to describe one’s drift from true self (congruence) to who we become to fit with others’ expectations (incongruence)). Or in terms of the film, literally dancing and singing to someone else’s tune and the growing awareness of the discomfort of this, and how this discomfort caused Danny to look inside to discover his own calling, his own truth and his own way of being. I am not sure if my take on the film is anything like anyone else’s, or in line with the intent of those who created the film, but for me, it really did express and illuminate Rogers theory.

One aspect of the film that struck me was just how much courage it can take to live one’s own truth, especially when others place so much importance upon the aspects of a person that do not, in fact, fit with their true selves; in this case the desire of Danny’s fans for him to sing his hit records and “play” the role they so desire. I was also struck by the way that Danny became his truer self in the context of relationship: another key aspect of the work I do being the therapeutic relationship as a major part of the therapeutic process.

The film ended at a place that I didn’t want it to end, and this reminds me of the journey from our truth to our becoming what’s expected of us, to the discomfort of this, to the journey back to truth; a journey that is the thing in itself: it’s not the end that counts, it’s the getting there, and maybe the film might never have been able to conclude neatly, as I am not sure it would have respected its authenticity.

What an uplifting experience it was to see this film and it has for me, reaffirmed my respect for those that enter into therapy to seek their truth, to face their fears and to do their best to dance to their own tune. It has also reminded me of the simplicity and truth to be found in the work of Carl Rogers and the therapists who carry on doing as he did and witness the growth of people as they rediscover who they truly are.

I hope I haven’t spoiled the film for anyone, and have on purpose left out a number of other parts of the film, I would be interested in others’ take on the film; do feel free to email me.

Links to information that may be of interest in relation to the above.

Counselling and Therapy In Nottingham

Here are the most searched terms related to counselling and therapy in Nottingham (for December 2014) that we deal with here at Counselling Services Nottingham. Whilst this is not an exhaustive list of what we work with, it will give the reader an idea of the diversity of what people come to counselling and therapy for. A number of the following terms are widely used as diagnostic terms, and I, the author of this piece, am mindful that not everyone embraces the diagnostic meaning of mental distress and/or experience, and am therefore inviting the reader to embrace or reject the terms in whatever way works best for them.

What are people searching for on the internet for therapy & counselling that Counselling Services Nottingham can help with? Here’s a list with the most searched terms at the top. (Source; The Counselling Directory – Online Directory of UK based counsellors and therapist)

If you or someone you know is struggling with distress, mental health struggles of other challenges, counselling may help, for details and to book a free initial consultation please make contact. 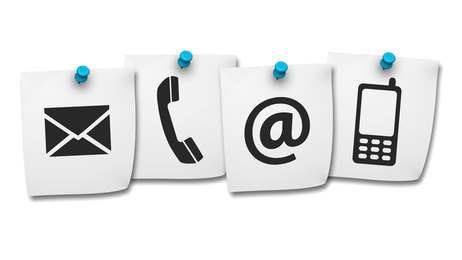 For more Counselling Directory Nottingham listings and Counselling Services in Nottingham information check out our links page, we list lots of useful information pertaining to therapy, counselling, SKYPE therapy and Counselling and other sources of support for emotional and mental health difficulties. Some of the services on offer are paid, other are free.

We are listed on a number of leading counselling directories and websites. We never list of publishing any client information. The service we supply is completely confidential for all of our clients.

Counselling Services Nottingham and AddictionsCounselling.Net can be found on many of the of the leading Counselling Directories and Therapy Listing websites both in the UK and International. If you know of a site that we are not listed on that would help people find us, please do send us an email.

lisa granger
08:25 20 Mar 20
Andrew is a brilliant therapist who is motivated by a genuine desire to help people and is a... ‘decent human’. I would highly recommend him as a fellow professional.read more

Akif Khan
03:02 16 Mar 20
I an a general psychiatrist and have worked with Andrew in a professional capacity. I find Andrew... to be a highly compassionate therapist who has a great understanding of clinical problems, Common or complex. I would highly recommend him as a therapist.read more

Chris Marshall
23:41 15 Mar 20
It’s great to have a college who you can refer to that you know will provide a nurturing, safe and... caring space. He also helped me when I was starting my own practice with his knowledge of how to run a successful and ethical private practice.read more

James Pell
14:35 15 Mar 20
Having worked in a professional capacity with Andy, I wouldn't hesitate in recommending him as a... therapist or as a trainer. His warmth and passion for recovery is inspiring and his skill is very apparent. He is also highly-committed to ensuring that his work is informed by current research and developments and is able to explain complex theories in an accessible way.read more
See All Reviews